Soundtrack
Get the soundtrack for Skeletal Dance Party when you buy it. Can be downloaded from Itch.io page. 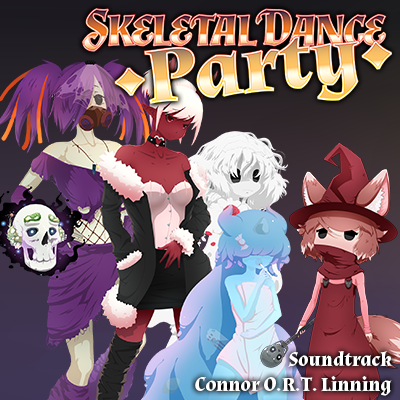 Musical Mortuary
Help Sybil form a band. Unlocked after Sybil's Dumping Grounds scenarios. Features five new skeletal musicans you can bring to the hubworld. Will give achievement upon completion.

The final resting place for the Temple of Righteous Light''s most cherished musical legends; laureates, bard minstrels, and even a legendary polka player are buried somewhere here. But to a necromancer, it's the perfect place to scout for Sybil's new band!'


New items
To celebrate the soundtrack several music themed items have been added. These can be found on all scenarios in the game. In total 3 new hats, 3 new weapons and 2 new offhand items are added! 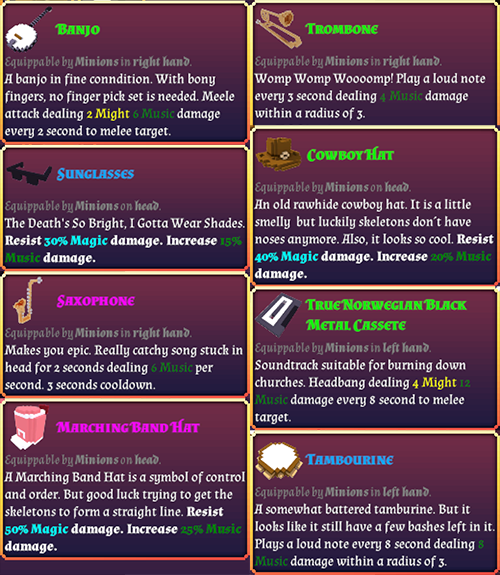 We hope that you like the update, if you found any issues let us know in the forum.
See you at the party~

Host a dance party for your skeletons!